Although D2 lymph node dissection in treating gastric cancer has been considered as a standard care in Asia, the standardization and adoption of this procedure in non-tertiary medical center remains a real challenge. One of the major obstacles is the complexity of the peri-gastric lymph node distribution, perigastric spaces and the relationships among stomach, major blood vessels, colon, pancreas and spleen. For low incidence geographic area, such as in US or Europe, this surgery is even more challenging since most of the centers treat less than 20 cases/year. This manuscript illustrated the anatomical landmarks for D2 lymph node dissection in distal gastrectomy in order to facilitate the learning process and achieve the standardization of this surgical procedure.

Gastric cancer presents at distal of the stomach, most commonly in the pylorus or antrum.

The scope of lymph node dissection 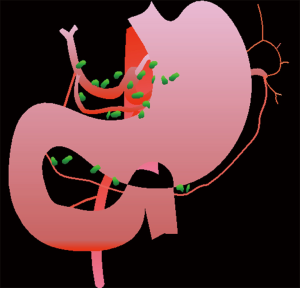 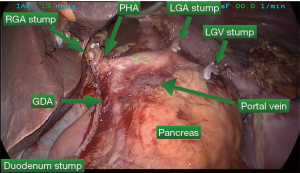 There are many approaches to perform the lymph nodes dissection. Author introduced a six steps D2 lymph node dissection in the following order:

The attached video (Figure 3) “Anatomical landmarks for D2 lymph node dissection in distal gastrectomy” illustrated each step in detail with narratives to explain the tricks and pitfalls. 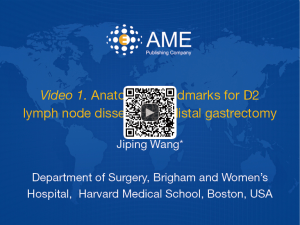