Anatomy in relation to left colectomy 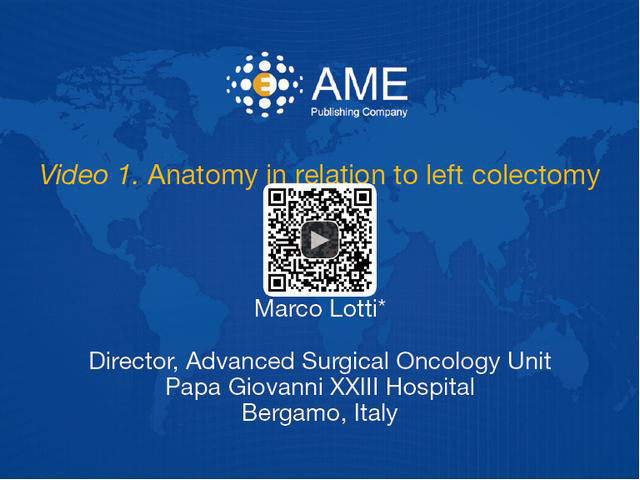 I suggest this video (Figure 1) to my residents as a preparatory tool, before performing a laparoscopic colectomy.

In the recent years, an advice toward centralization of colorectal surgery to high-volume centers has been given by many authors. Nevertheless, the association between caseload and outcomes is still questionable and the majority of laparoscopic colectomies are still performed by low-volume surgeons. Accordingly, I believe that providing local services with adequate surgical education and training tools could be a better strategy to improve outcomes and global health.

As a part of this strategy, I became engaged in the development of simplified and easy-to-learn laparoscopic surgical techniques (2-4), which I consider a valuable and complementary tool to help my residents build their learning curve and achieve a reliable experience.

Please, take your time with this video. I hope it will be of help for your growth as surgeons.

Question 1: Which is the suggested way to start the dissection during a laparoscopic left colectomy?

Question 2: How are the inferior mesenteric artery and the left colic artery better identified?

Question 3 Where do the ureters enter the pelvis?

Answer 3: The ureters enter the pelvis by crossing the bifurcation of the common iliac vessels and then running parallel to and above the hypogastric arteries.